Our espresso machine, an Isomac Super Giada, have had problems with low pressure during brewing for a while (never over 9 bar on the gauge which measures on the low side as far as I understand). At times the flow rate has been almost non-existent. Cleaning the brew head shower screen and fiddling with the bolt attaching the shower screen to the brew head has at least improved the flow rate temporarily but a couple of weeks ago I decided to order a new pump, hoping it would fix the low pressure. 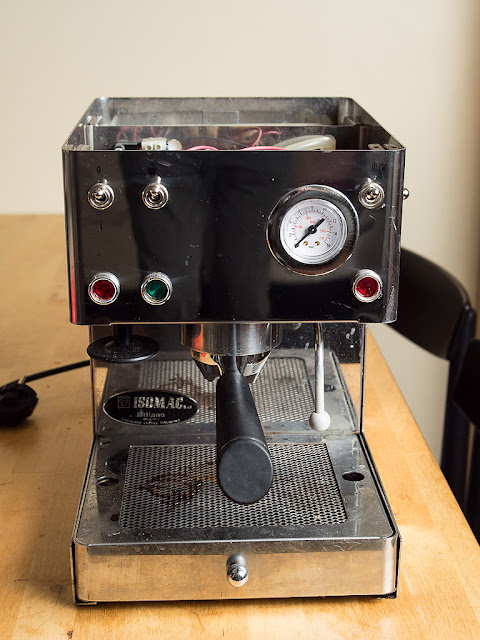 It was a little difficult to find information about what pump the Super Giada had, but after reading a little I found someone stating it was a Ceme E505. 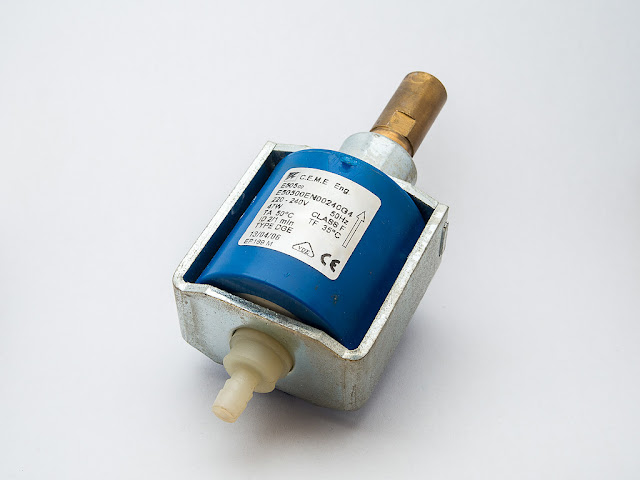 As far as I understand Ceme and Ulka is more or less the same thing so I figured a 230V/50Hz Ulka EX5 should work (it seems like the standard pump in these kind of espresso machines). I ordered it from German Ebay for 27 Euro including shipping and it arrived today.

I originally planned to take photos during the replacement but I ran into to problems getting the electrical connectors of the old pump and got too frustrated to bother with taking shots of what looked to be a massive failure. After a lot of pulling and cursing I finally managed to remove the wires and could continue to remove the pump. I’m not sure what the correct way to do this is but I disconnected the plastic water tubes and gently separated the two rubber mounts holding the pump in place so it could be removed. 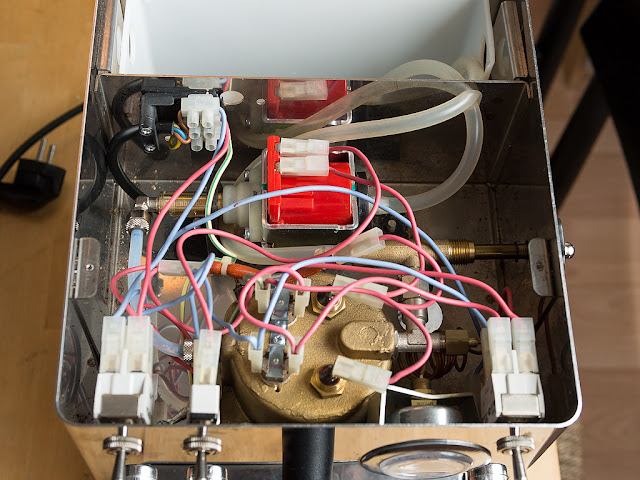 Installing the new Ulka pump went without problems and when testing it I was very happy to see that the pressure climbed over 10 bar! Flow rate is something completely different now, I actually have to think about if the pressure through the porta filter is too high now. And the espresso shots have crema again 😀